Return to main
This portfolio does not list all my projects, just the cream of the crop. A large majority of my personal projects are on itch.io and you are able to play them. See the search/all games links up top. 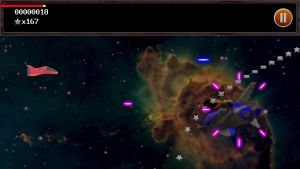 This arcade game was made using 90% of non-commercial license artwork (mostly from sketchfab.com and opengameart.org). The outcome is a much better looking game.

In addition to good graphics, this game has a leaderboard and achievements you can access by logging into google play services. While this is an old project I haven't maintained very much, I'm still pretty proud of it because of the building aspect. I use it to challenge my friends to trivia about pop culture every year at my birthday party. The user interface is simple enough to where anyone can design and host a quiz, just so long as the other players are in the room.

You can have up to three teams, set a question as a "bonus" (which takes away points if you get it wrong or double if you get it right), set the color of the walls/lighting, include visual aids, and it's got a fairly neat animation when you finish the quiz. 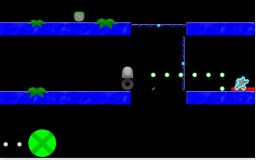 This was a gift I made my mom for mother's day in Unity. It's a puzzle game that relies very heavily on the physics system. The grabber uses a 2D component that acts somewhat like a black hole, and all the blocks are simply objects that have rigidbodies capable of rotation. Nearly all the movement is done through the physics system except for some of the platforms that rotate using iTween.
Play it! 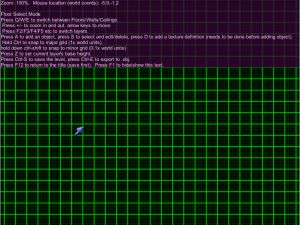 This is a very old project, made long before the Canvas system even came out. I used a program design document to plan the structure as it is essentially a program made in Unity. When I was a kid, I used an engine called "GCS" by Pie In The Sky Software and this was the inspiration for this program. Much like a doom game, it uses planes for the entire structure. The only issue with it was it created a lot of materials and you have to link the textures manually with Unity, but otherwise it works great. I used it for an older project I later cancelled when I started using rigid bodies instead of character controllers, and since Sketchup, I don't use it anymore, but I'm proud of the fact that it successfully exports to .obj and .mtl, and if I ever make a retro game again it'll come in handy.
Play it!

This is my first major personal game in Unity. I made a dialogue system as an extension in the editor for dialogue editing and made it run off XML Serialization so I can easily add or remove fields to a class without trouble. Superbird is a game that uses a google cardboard headset, but I also ported it to PC. In the current development build, there are many fun features, including:
Play now on Android!
Play now on the computer! 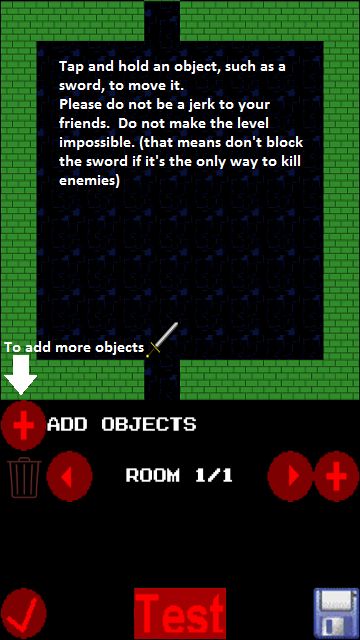 This game uses the turn-based system to send levels you develop in game to your friends. The turn-based system sends a byte array to another player, and I used that to send a string to the other player so they could play dungeons you make. The string system is very simple-- the first line prints the author's name, and future lines represent rooms. The room lines are seperated into 3 characters-- one to represent an object type, and two to represent coordinates. The rooms are one room size and you can't proceed to the next room until you kill all enemies.
Play it!